[This is post #14 in a mini-blog-post series for NaBloPoMo 2015. Jump to the first or previous, or next post.]

Three Dee, guys! We’re so close I can taste it! (tastes like paper…)

Take five of your finished scaffold units and lay them out in a star like this. 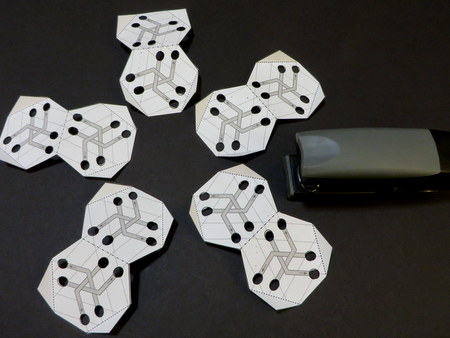 We’re going to staple the tabs together in pairs, to create a 5-sided hole in the center. Here’s the first staple: 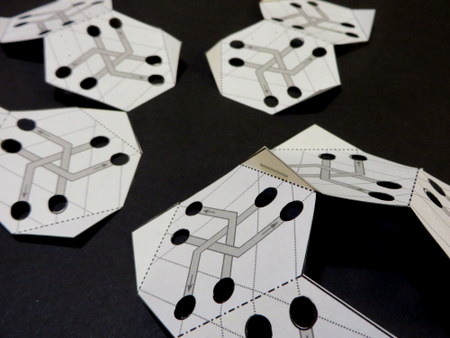 And here are the other 4: 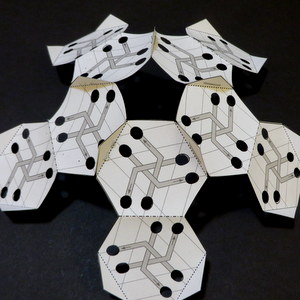 It won’t lie flat, and that’s exactly what we want! Lather, rinse, repeat with the other 5: 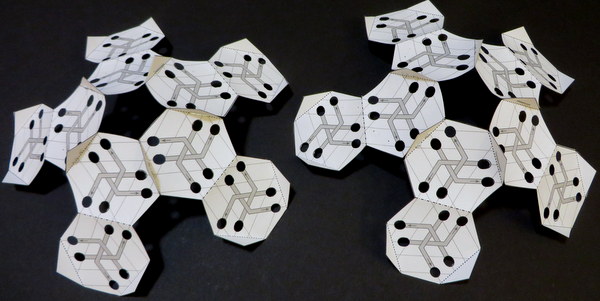 These are two halves of a sphere that we’re now going to join together. Form another pentagonal hole by stapling one scaffold unit from one half (bottom) between two other scaffold units from the other half (top): 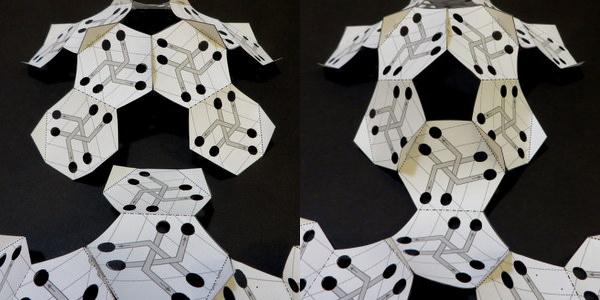 All that’s left is some good old-fashioned pentagon hunting. Any time you see a five-sided hole that looks like it wants to close up, help it along! When you’re done, you should be staring at a soccer ball: 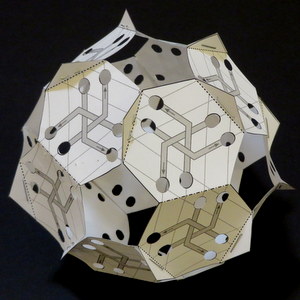